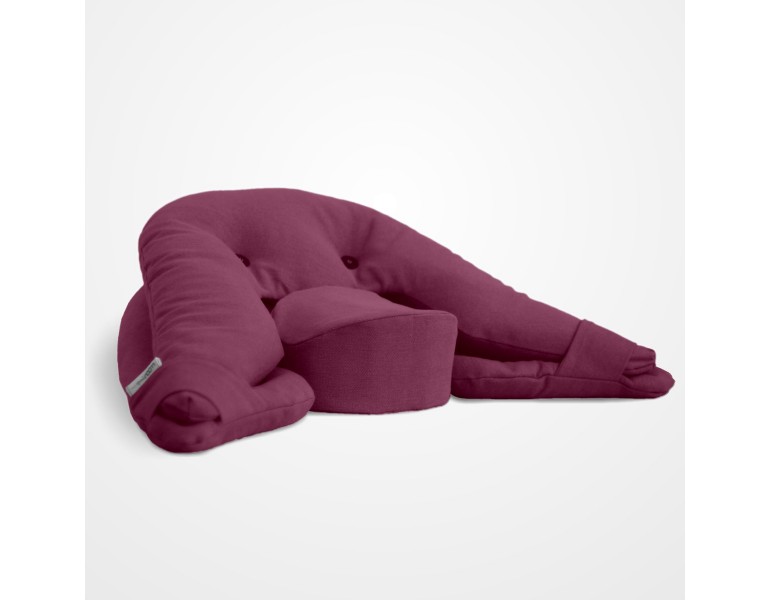 Qty
PLEASE NOTE: Orders placed after 15th of December may not reach you before Christmas. We are a small company and due to high demand we cannot guarantee delivery dates.

Moonleap cushions are intelligently designed to support a forward pelvic tilt and remove pressure from the Sciatic nerve and more sensitive areas of the buttocks that can be compressed by the pelvic bones. 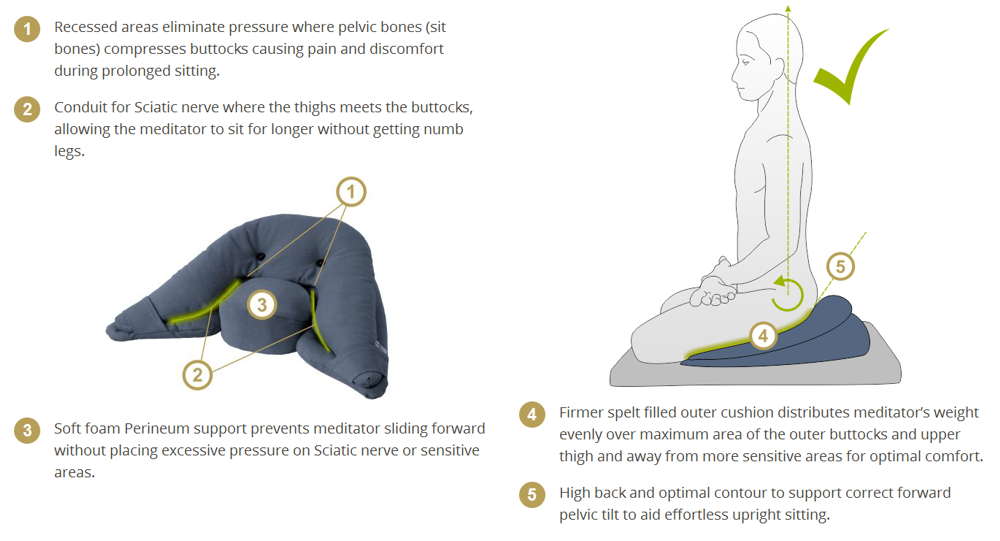 The problems with traditional meditation cushions 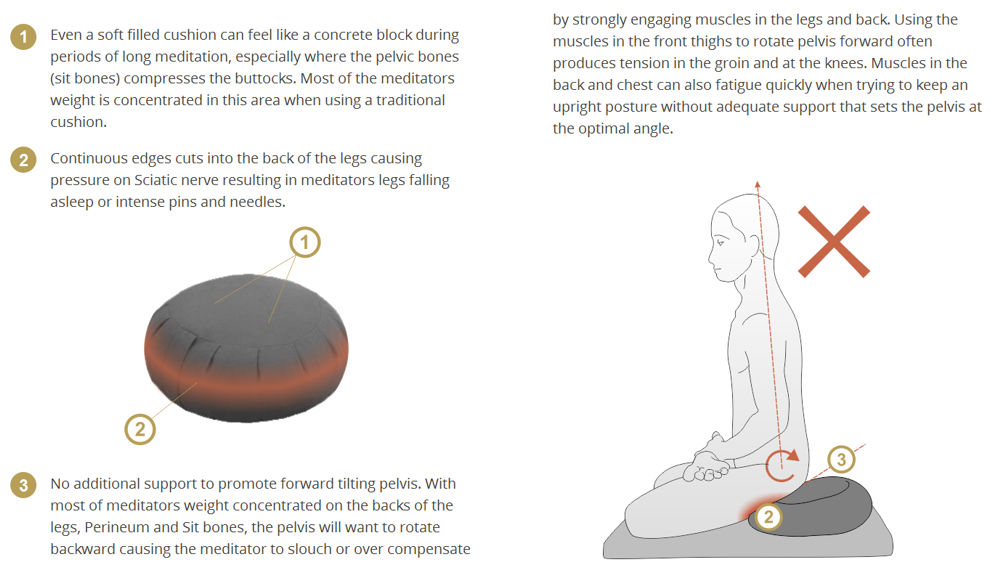 Adjusting and sitting on the Moonleap Cushion

Reduces numb legs during or after sitting

Pressure where the leg meets the buttocks can cause compression of the Sciatic nerve which often results in numb legs during or after sitting. The soft foam central cushion combined with the contoured outer cushions eliminate this problem to a significant extent.

Relief from "a pain in the butt"

For those with little meat on their rear and those of advancing years, the soft centre will also bring relief from pain felt during long sitting where the pelvic bones would normally compress the buttocks when using a conventional cushion.

Made for long life

All Moonleap cushions are made from heavy weight, non-slip fabrics sewn together with super strong upholstery grade thread. Cushions are made in the USA to the highest quality of finish. Much attention went into the design process to ensure that the cushions not only look beautiful, but will become a faithful support for your practice for many years to come.

Moonleap cushions are stuffed firmly with organic spelt husk. Like buckwheat husk, spelt husk conforms naturally under pressure, but is lighter and more breathable than buckwheat. The spelt husk we use has a faint pleasant sweet grassy smell. Our cushions are shipped with an additional small quantity of husk that can be added after a few months of use after an initial small stretch may have occurred in the cushion fabric. 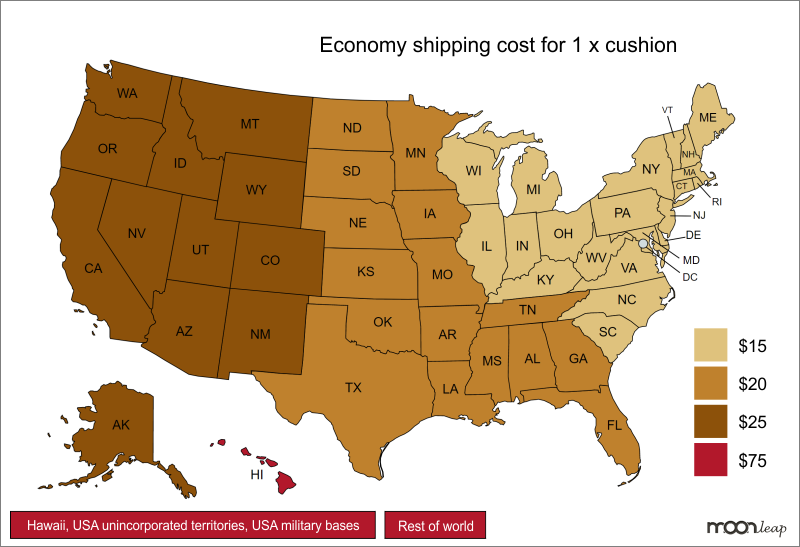 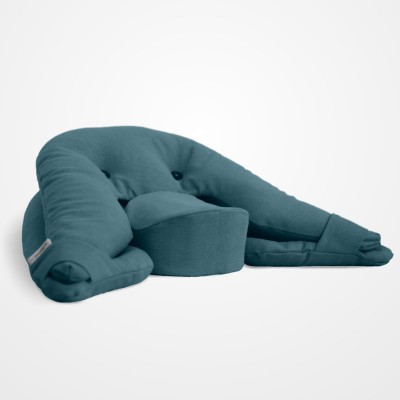 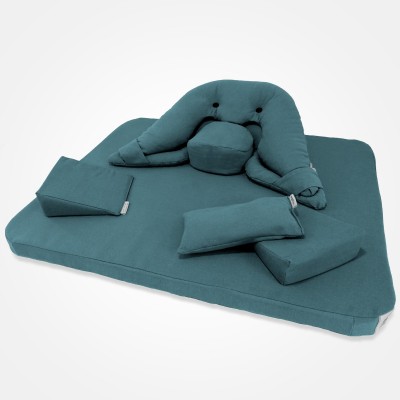 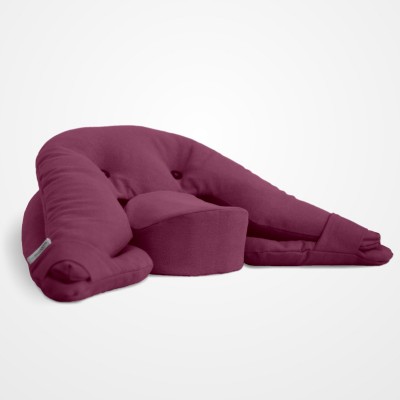 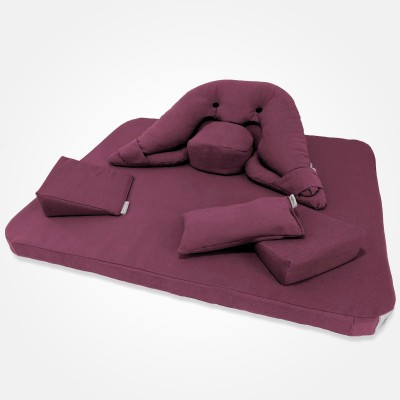 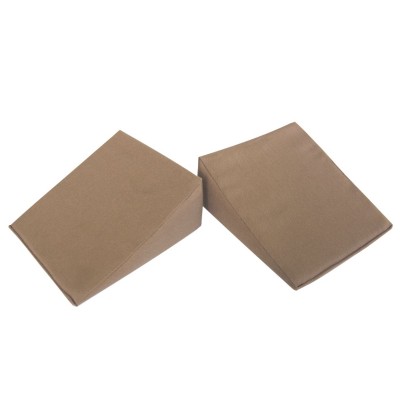 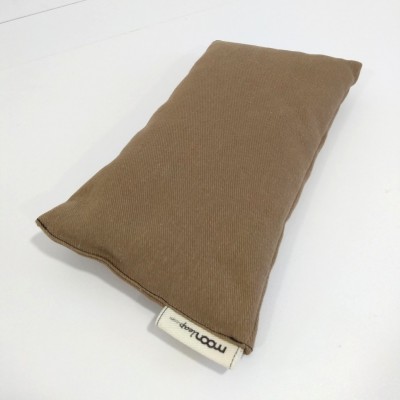